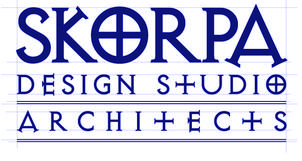 The church’s program called for the expansion of their current sanctuary and narthex space.  They needed to enlarge their administrative offices and dramatically increase their classroom space.  Additionally, they needed to provide three additional worship spaces for their English speaking congregation and their children’s ministry.

Our design concept placed an emphasis on retaining and reusing as much of the existing structure as possible to minimize cost.  We designed an enlarged narthex / entry to the existing sanctuary space, expanded the seating, enlarged and redesigned the pulpuit / altar area and redesigned the lighting and sound system for the space.  Additionally we added large windows behind the altar to take advantage of the view of the stream gorge beyond.

Another wing was added to the building leaving a garden/courtyard in between.  This not only created a beautiful exterior space for prayer and meditation, but also allows the majority of space to have access to natural light.